WARNING - This site is for adults only! 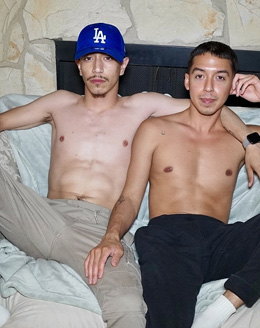 Do you want to see more of this scene featuring Eddy Blanco ?
Log In or Join NOW to get FULL access to this scene!

GET INSTANT ACCESS
You have free video view(s) remaining.
Unlock this Scene
You must be a member to view this scene!
UNLOCK NOW!
0:00 / 54:41

Mr. Hung PAPI himself Eddy Blanco showed off his stuff in this all new 54 min solo! He didnt hold back he was so horned up that he started to show off his ass and finger that tight CULO. He started to just touch the outside of his ass slowly while stroking his BIG UNCUT CHORIZO, while teasing himself he became extra hard. Watch as Eddy Blanco busts all over himself and in the back seat!